In 1544, the year in which La Olmeda gained independence from the jurisdiction of Alcalá and became a town, a character as important as unknown to La Olmeda was born in the town. Pedro Páez Xaramillo.

He studied with the Jesuits and after many calamities in Yemen, he entered Ethiopia, he where 19 years, he converted the Catholic religion to two emperors, he was the personal advisor of one of them, Susinios, and he went with him when he discovered the source of the Blue Nile.

During his stay in Yemen he learned Persian and Arabic, after he learned the Ethiopian languages: The Amharic and the Geez, the language of the sacred texts and the royal chronicles.

He wrote in Amharic two books of religion, a dictionary and a grammar.  As well translated a Portuguese catechism for children. Later, when Emperor Susinios allowed him to consult the ancient Ethiopian books, he wrote an Ethiopian History in four volumes in Portuguese. 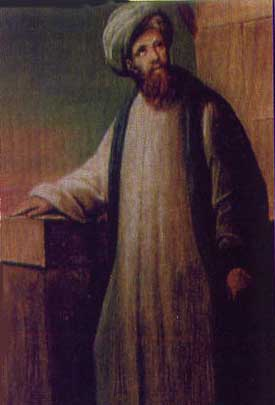 In 1580 coinciding with the unification of Spain and Portugal, departed to study at the University of Coimbra (Portugal) Two years later he returned to Spain to continue his studies with the Jesuits in Belmonte (Cuenca) Remained in the order for six years in this same location.

His times as a Jesuit student coincided with a period of great missionary expansion of the Society of Jesus, together with a special interest of Philip II to revitalize the evangelizing task of Ethiopia. Its objective, more strategic than religious, was to increase the chances of entering Africa and to enlarge the empire at the expense of curbing Muslim expansion.

In April 1588, at the age of 24, Pedro Páez left Lisboa to Goa (India) where the Jesuits had one of their main houses in Asia. Pedro Páez Jaramillo would not set foot on Spanish soil.

In October 1588 after a long and painful travel he arrive to Goa. Where he stayed for a short time, because in January 1589 he was ordained a priest. In February departed for the first time  to Ethiopia accompanied by Father Antonio de Monserrate. The goal was to reach the mission that the Jesuits had in Fremona, where several brothers from the order lived in unfortunate conditions for 30 years.

After pass storms, pirate attacks and other calamities were captured by the Turks and driven to Dhofar in Oman. For some time they were presumed dead, seven years would last their captivity that occurred mostly in Yemen. Where the first two Europeans who crossed the Hadramaut region, and the terrible desert Rub al Khali (the empty quadrant), barefoot and feeding on grasshoppers.  They met the coffee, cahua, which only a few years earlier Leonard Rauwolf had tried in Syria, but he was the first European who wrote about him.

In May 1603, he arrived to Ethiopia to the mission that the Jesuits had in Fremona.  This time whithout any travel companion and again disguised as Armenian and with the name of Abdullah and alone. At the age of 39, he faced the hard task that his predecessors had not been able to accomplish: to convert the faith of Rome to a whole country that professed orthodox Christianity.

At only a year after arriving in Ethiopia, in April 1604, he acceded to the court of Emperor Za Denguel, who wanted to implant in his kingdom the Catholic faith. The rush of this Emperor to evangelize his kingdom caused the uprising of a section of his subjects, which ended with his overthrow at the end of that year. After a series of wars and confrontations over the succession, in 1607 Emperor Susinios came to the throne. 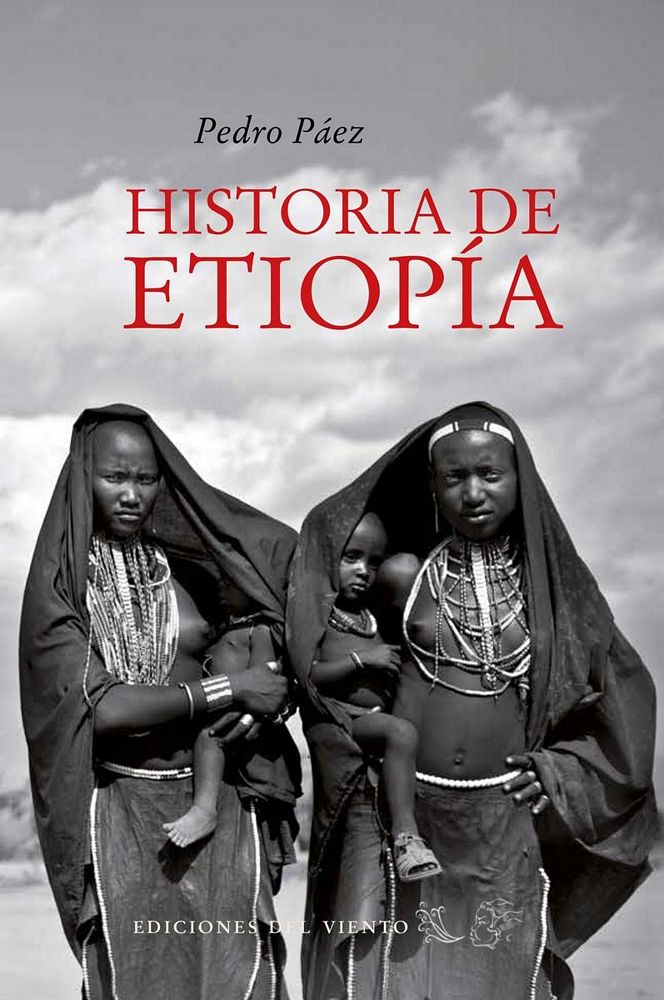 Between the Emperor Susinios and Pedro Páez a strong relation. Susinios wanted the missionary to accompany him in the campaigns to receive his advice. In April 21, 1618,  in one of the campaign they arrived about 100 kilometers south of Lake Tana where he discovered the birth of one of the sources of the Nile, the Blue. The Scottish explorer, James Bruce, claimed the discovery in 1770, 152 years after Pedro Paez discovered and wrote about it. In chapter XXVI of book I it says:

"And I confess that I was glad to see what both King Cyrus and his son Cambyses, the Great Alexander and the famous Julius Caesar wished to see"

Susinios came to convert to Catholicism in March 1622. Shortly thereafter, on May 25 of that same year, the adventure of Pedro Paez would come to an end whith his dead in Gorgora, on the shores of Lake Tana, where he is buried and he built a church on the shores of this lake.

In short, he spent 19 years in Ethiopia, converted the Catholic religion to two Emperors, was the personal adviser to one of them.

The greatness of his work is described by Emperor Susinios himself in a letter addressed to the principal of the order in Goa:

"After this clear sun was overshadowed and absent from our eyes, our joy became sadness and our joy in tears ... If this letter or this paper were as big as the sky and the whole ocean were ink, no It seems to me enough to refer the least part of its virtues and the fruit it made in Ethiopia. He was the mouth of our blessing, he was our teacher, he was our apostle, so worthy of praise when he was great in his works"

In 2001 Javier Reverte published the book "Dios, el diablo y la aventura" appeared in Olmeda de las Fuentes and made us aware with our countryman. Almost four hundred years before Pedro Páez was trying to enter Ethiopia, he would succeed in 1603. Our lack of knowledge it was an exception, possibly the intransigence of the successors of Páez contributed to its oblivion. Intransigence that led to the expulsion of the Jesuits only eleven years after the death of Pedro Páez.

Despite everything has been a great unknown, but ignorance is not only in La Olmeda, is general. Despite the relevance of its activity in Ethiopia, in the history of that country and the precursor that was the knowledge of the mystery of the sources of the Nile, has been ignored by many historians, not even appearing in the encyclopedias.